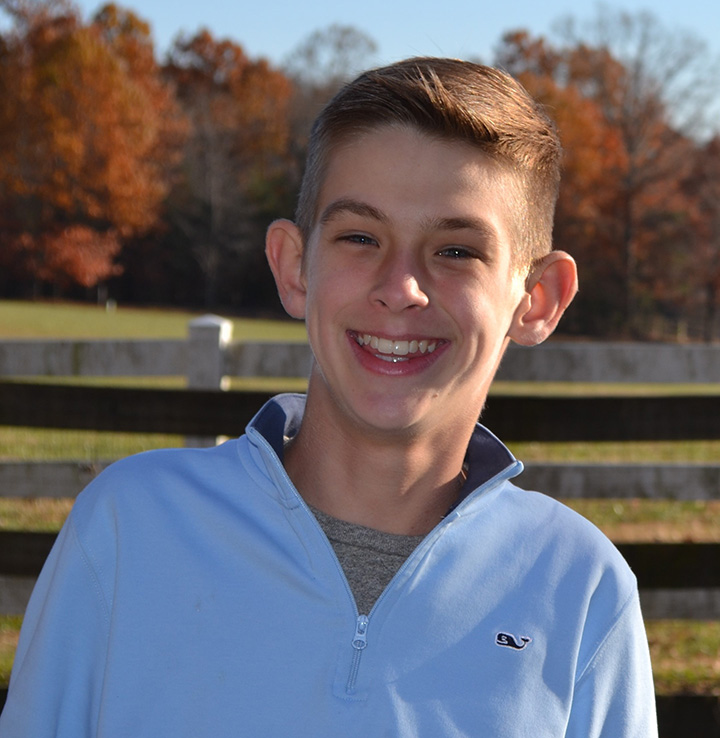 Brett is an active 6th grader at Kernersville Middle School. He enjoys playing golf, travelling and doing almost anything active with his family. When meeting him, you would never know he was born with a congenital heart condition. In fact, Brett’s heart condition was not diagnosed until he was seven years old. Despite Brett’s doctors identifying his heart murmur as an infant, it was not followed-up on until a new pediatrician recommended a cardiology follow-up at age seven.

Initially after his diagnosis, Brett continued to play sports and be as active as he wanted, with the only impact to his routine being daily medication and regular cardiology visits. At age nine, Brett moved away from more strenuous contact sports and began to learn the game of golf. Golf quickly became his passion with his love for the sport being discussed and shared with anyone willing to talk or play a round with him. Brett is active in First Tee of the Triad, PGA Junior League and played on his middle school golf team, making the middle school All County tournament as a sixth grader.

Brett being diagnosed with a CHD at age seven has allowed him to be an active participant in every step of this process. Brett has done his part to be an informed patient by asking questions frequently as well as, researching terms used to describe his condition to make sure he understands as much as possible. Brett has additionally been proactive in raising funds for research as well as doing a presentation to his entire elementary school on CHD when we felt their fundraising efforts did not focus enough on kids.

Eventually, Brett will need surgery to replace his compromised aortic valve and a portion of his aorta. Until that time, Brett keeps up with regular cardiology check-ups and doing all he can to raise awareness for kids like him.